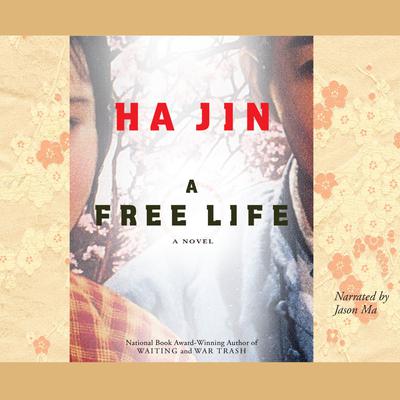 Meet the Wu family—father Nan, mother Pingping, and son Taotao. They are arranging to fully sever ties with China in the aftermath of the 1989 massacre at Tiananmen Square, and to begin a new, free life in the United States. At first, their future seems well-assured. But after the fallout from Tiananmen, Nan's disillusionment turns him toward his first love, poetry. Leaving his studies, he takes on a variety of menial jobs as Pingping works for a wealthy widow as a cook and housekeeper. As Pingping and Taotao slowly adjust to American life, Nan still feels a strange attachment to his homeland, though he violently disagrees with Communist policy. But severing all ties—including his love for a woman who rejected him in his youth—proves to be more difficult than he could have ever imagined.

Ha Jin left his native China in 1985 to attend Brandeis University. He is the author of five novels, three story collections, and three books of poetry. He has received the National Book Award, two PEN/Faulkner Awards, the PEN/ Hemingway Award, the Asian American Literary Award, and the Flannery O’Connor Award. He lives in the Boston area and is a professor of English at Boston University.