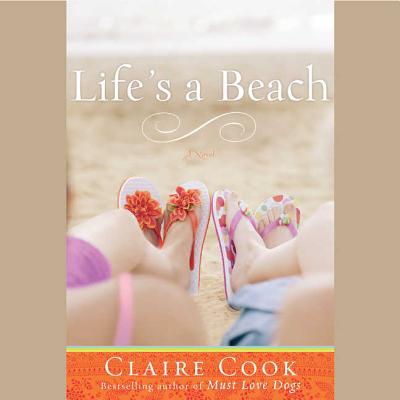 Life's a bit of a beach these days for Ginger Walsh, who's single at forty-one and living back home in the family FROG (finished room over garage). Geri, her BlackBerry-obsessed sister, is also nearly off the deep end about her pending fiftieth birthday (and might just drag Ginger with her). Toss in a dumpster-picking father, a Kama Sutra T-shirt -wearing mother, a movie crew come to town with a very cute gaffer, an on-again, off-again glassblower boyfriend, plus a couple of Red Hat realtors, and hilarity ensues.

Claire Cook is the author of "Must Love Dogs" (which was made into a major motion picture starring Diane Lane and John Cusack), "Multiple Choice, " and "Ready to Fall." She lives in Scituate, Massachusetts, with her family.

Kymberly Dakin is a professional actress with twenty years' experience on Broadway and in national tours. She has also played roles on "The Guiding Light, One Life to Live, " and "All My Children, " as well as "It's a Miracle." She voices the character of "Split" on the PBS series Math Monsters.
Loading...
or
Not Currently Available for Direct Purchase