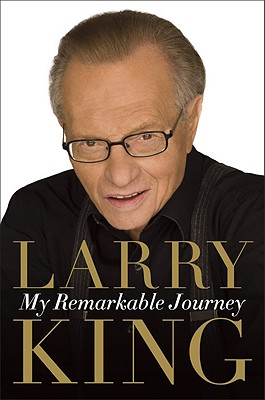 The definitive autobiography of one of the most famous personalities in television history-an intimate, revealing, and riveting memoir that will show a Larry King the world has never known, up close and personal.

Celebrated as "the most remarkable talk-show host on TV ever" by TV Guide and "master of the mike" by Time magazine, for a half-century the world's most influential figures have been telling their story to Larry King. Now the man in suspenders shares his riveting and inspiring story, from his humble roots in Depression-era Brooklyn to the heights of celebrity as host of CNN's Larry King Live.

Before he befriended presidents and iconic entertainers, Larry grew up on the streets of Brooklyn, where he was known to friends as "Zeke the Greek the Mouthpiece" because he never stopped talking. Larry delves deeply into his extraordinary personal odyssey, beginning with the loss of his father at age nine. He has lost jobs, had a three-pack-a-day smoking habit, been down to his last $2 when he won an $8,000 trifecta at the racetrack, had a heart attack and quintuple bypass surgery, quit smoking, founded a heart foundation that has raised millions and assisted thousands, and now, at the age of seventy-five, has recently gotten thrown out of a Little League game for arguing a call in defense of his nine-year-old son.

Filled with delightfully evocative personal anecdotes and behind-the-scenes observations on some of our most important world figures, What Am I Doing Here? will be devoured by Larry King's millions of fans worldwide.