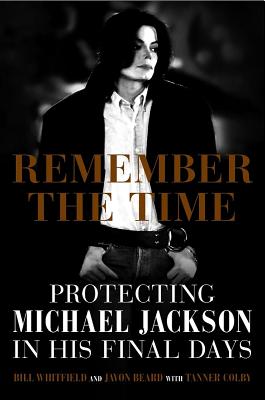 A compellingly candid memoir that details Jackson's life in seclusion, by the bodyguards who were with him in his final days - with a new introduction to commemorate the tenth anniversary of Michael Jackson's death .

Hounded by the tabloid media, driven from his self-made sanctuary, Neverland, Michael Jackson spent his final years moving from city to city, living with his three children in virtual seclusion -- a futile attempt to escape a world that wouldn't leave him alone. During that time, two men served as the singer's personal security team: Bill Whitfield, a former cop and veteran of the security profession, and Javon Beard, a brash, untested rookie, both single fathers themselves.

Stationed at his side nearly 24/7, their job was to see and hear everything that transpired, and to keep everyone else out, making them the only two men who know what 60 million fans around the world still want to know: What really happened to the King of Pop?

Driven by a desire to show the world who Michael Jackson truly was, Whitfield and Beard have produced the only definitive, first-person account of Michael Jackson's last years: the extreme measures necessary to protect Jackson and his family, the financial struggles that led their pay to be suspended for weeks at a time, the simple moments of happiness they managed to share in a time of great stress, the special relationship Jackson shared with his fans, and the tragic events that culminated in the singer's ill-fated comeback, This Is It. The truth is far more captivating than anything you've yet heard.

Experts in the field of private protection, Bill Whitfield and Javon Beard served for two and a half years as the personal security team for Michael Jackson and have worked with numerous other high-profile clients, including Sean P. "Diddy" Combs, Alicia Keys, and Shaquille O'Neal.

Cowriter Tanner Colby is the author of the New York Times bestseller The Chris Farley Show: A Biography in Three Acts, Belushi: A Biography, and Some of My Best Friends Are Black: The Strange Story of Integration in America, which was nominated for the Andrew Carnegie Medal for Excellence in Nonfiction by the American Library Association. He is also a frequent contributor to Slate magazine.
Loading...
or
Not Currently Available for Direct Purchase