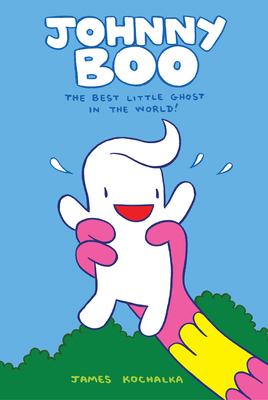 The Best Little Ghost In The World (Johnny Boo Book 1)

Johnny Boo is the best little ghost in the whole world, because he's got Boo Power. This means that he can go "BOO" really loudly. His pet ghost, Squiggle, has Squiggle Power, which means that he can fly and do really fast loop-the-loops. Together they have the world's greatest ghost adventures! When the giant pink and yellow Ice Cream Monster bumbles into their lives, they go into a mad panic... until they discover that he's actually quite friendly.

Among his best known works are the Monkey vs Robot series, the beloved children's series Johnny Boo, Dragon Puncher, and Glorkian Warrior, and his magnum opus, the 14-year span of daily diary comics known as American Elf.
or
Not Currently Available for Direct Purchase
Copyright © 2020 American Booksellers Association