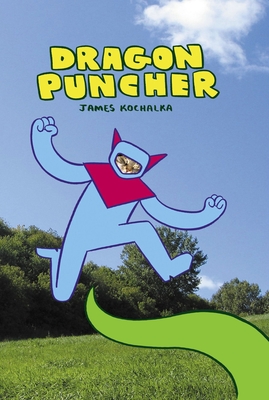 From the fertile mind of James Kochalka (Johnny Boo, Pinky & Stinky) comes an all-new fantasy adventure for all ages! Meet the Dragon Puncher, a cute but ruthless kitty in an armored battle suit, dedicated to defeating dangerous dragons wherever they may be. The Dragon Puncher and his would-be sidekick Spoony-E (a fuzzy little fellow armed with a wooden spoon) confront a gigantic, drooling dragon and have a ridiculous, hilarious brawl.