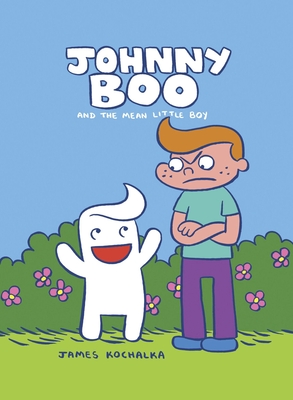 James Kochalka’s beloved, all-ages series continues with another goofy romp! When Johnny Boo announces a play date with his quiet new friend Rocky the Rock, trusty sidekick Squiggle is left to find a new friend of his own. How about this nice fellow named the Mean Little Boy? He sure is fond of his butterfly net, and he’s got a great game to play with Squiggle… but, wait a minute, maybe the Mean Little Boy isn’t actually so nice! It’s up to Johnny Boo and Squiggle to find a way out of this pickle.

Among his best known works are the Monkey vs Robot series, the beloved Johnny Boo and Dragon Puncher series for children, and his magnum opus, the decade-plus span of daily diary comics known as American Elf. James lives in Burlington, Vermont with his wife, Amy; their two sons; and their cats, all of whom appear frequently in his comics.
or
Buy Here
Copyright © 2020 American Booksellers Association