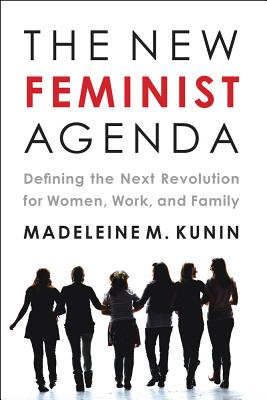 Defining the Next Revolution for Women, Work, and Family

Feminists opened up thousands of doors in the 1960s and 1970s, but decades later, are U.S. women where they thought they'd be? The answer, it turns out, is a resounding no. Surely there have been gains. Women now comprise nearly 60 percent of college undergraduates and half of all medical and law students. They have entered the workforce in record numbers, making the two-wage-earner family the norm. But combining a career and family turned out to be more complicated than expected. While women changed, social structures surrounding work and family remained static. Affordable and high-quality child care, paid family leave, and equal pay for equal work remain elusive for the vast majority of working women. In fact, the nation has fallen far behind other parts of the world on the gender-equity front. We lag behind more than seventy countries when it comes to the percentage of women holding elected federal offices. Only 17 percent of corporate boards include women members. And just 5 percent of Fortune 500 companies are led by women.

It's time, says Madeleine M. Kunin, to change all that. Looking back over five decades of advocacy, she analyzes where progress stalled, looks at the successes of other countries, and charts the course for the next feminist revolution--one that mobilizes women, and men, to call for the kind of government and workplace policies that can improve the lives of women and strengthen their families.