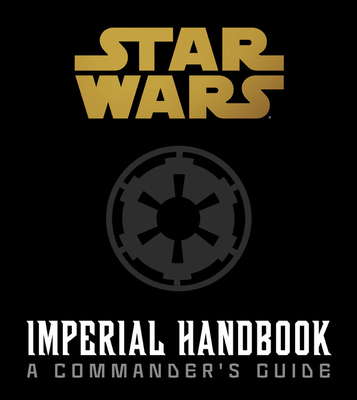 The newest edition in the line of Amazon deluxe Star Wars titles — The Jedi Path, Book of Sith, and The Bounty Hunter Code — brings the sinister and yet functional details of the Empire to light in the form of an Imperial handbook.

As the Imperial Empire expands, high-ranking officials from each branch of the Imperial Military have set down tactical guidelines and procedures for all newly ascending commanders. Set in-universe, this compendium of ordinance, mission reports, and Imperial philosophy was intercepted by members of the Rebel Alliance, some of whom also left commentary scribbled in the margins. Housed in a deluxe case that opens with lights and sounds, this never-before-seen Imperial Handbook is perfect for Star Wars fans—on both sides of the Rebellion.

Learn what the Empire's standard procedures were for dealing with smugglers.

Find out what the role of the 501st Legion really was.

Daniel Wallace is a comic book expert, sci-fi sage, and lifelong geek. Author or co-author of more than 50 books, including The Jedi Path, Book of Sith, The Bounty Hunter Code, Imperial Handbook, The Rebel Files, The Smuggler's Guide, Ghostbusters: The Ultimate Visual History, Iron Man Manual, Man of Steel: Inside the Legendary World of Superman, and the New York Times best-selling Star Wars: The New Essential Guide to Characters, his specialty is exploring the underpinnings of popular fictional universes.