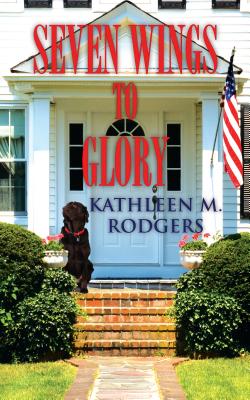 Johnnie Kitchen is finally living her dream, attending college and writing a column for the local paper. She adores her husband Dale and chocolate Labrador Brother Dog, and they reside in a comfortable home in the small town of Portion in North Texas. Their three children are thriving and nearly grown. But Johnnie is rattled when her youngest boy Cade goes to fight in Afghanistan. The less frequent his emails, the more she frets for his safety. On the home front, Johnnie learns that Portion is not the forward-thinking town she believed. A boy Cade's age, inflamed by a liberal bumper sticker and the sight of Johnnie's black friend Whit, attacks them with the N-word and a beer bottle. After Johnnie writes about the incident in her column, a man named Roosevelt reaches out with shameful stories from Portion's untold history. More tears and triumphs will follow, as Johnnie's eyes are opened to man's capacity for hate and the power of love and forgiveness. The sequel to Johnnie Come Lately.

Kathleen M. Rodgers' stories and essays have appeared in Family Circle Magazine, Military Times, and in anthologies published by McGraw-Hill, University of Nebraska Press/Potomac Books, Health Communications, Inc., AMG Publishers, and Press 53. In 2014, Rodgers was named a Distinguished Alumna from Tarrant County College/NE Campus. Three of her aviation poems from the book Because I Fly (McGraw-Hill) were featured in an exhibit at the Cradle of Aviation Museum on Long Island, NY. Seven Wings to Glory is Rodgers' third novel. Her second novel, Johnnie Come Lately, has garnered four awards: First Place for women's fiction from Texas Association of Authors 2016 Best Book Awards, 2015 Gold Medal for literary fiction from Military Writers Society of America, Bronze Medal for women's fiction from Readers' Favorite 2015 International Book Awards, and 2015 Best Cover Awards from Southern Writers Magazine. The novel has been featured in Family Magazine, Stars & Stripes, Fort Worth Star-Telegram, Dallas Morning News, Southern Writers Magazine, and on "The Author's Corner" on Public Radio. The audio edition is narrated by Grammy® Award-winning vocalist and Broadway Actress Leslie Ellis. Rodgers is also the author of the award-winning novel, The Final Salute, featured in USA Today, The Associated Press, and Military Times. She and her husband, Tom, a retired USAF fighter pilot/commercial airline pilot, reside in a suburb of North Texas with two big dogs, Denton and Jav. The mother of two grown sons, Thomas and J.P., she is currently working on her fourth novel. You can find Rodgers online at: kathleenmrodgers.com
or
Buy Here
Copyright © 2020 American Booksellers Association