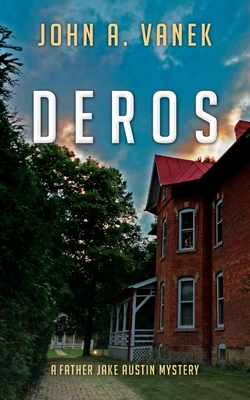 When Father Jake Austin is assigned to his hometown of Oberlin, Ohio, in July of 2002, he has been away for a long time. A physician and a war veteran before entering a Catholic seminary, he is now a member of the Camillian Order. He takes comfort in his vows of obedience, poverty, chastity, and service to the sick.

Jake arrives just in time to attend his high school reunion, where an encounter with his high school sweetheart forces him to question his commitment to the priesthood. Before the night is over, one of his classmates will be dead, a second gravely wounded, and a third hospitalized. The carnage at the reunion comes on the heels of what appears to be an unrelated murder at the quarry. Overseeing the investigation is Jake's former football teammate, Chief of Police Tremont "Tree" Macon, who is unwilling to rule out anyone as a suspect, not even Jake. As he struggles to prove his innocence and to find his footing in a town that remembers him as a hellion, Jake searches for threads that will connect these brutal attacks.

The war may be long past, but in some ways Jake is still waiting for his DEROS: Date of Expected Return from Overseas. Can he put aside his own demons long enough to find the living, breathing devil who stalks his classmates?