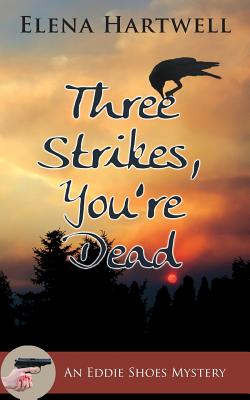 Private investigator Eddie Shoes heads to a resort outside Leavenworth, Washington, for a mother-daughter getaway weekend. Eddie's mother Chava wants to celebrate her new job at a casino by footing the bill for the two of them, and who is Eddie to say no?

On the first morning, Eddie goes on an easy solo hike, and a few hours later, stumbles upon a makeshift campsite and a gravely injured man. A forest fire breaks out and she struggles to save him before the flames overcome them both. Before succumbing to his injuries, the man hands her a valuable rosary. He tells her his daughter is missing and begs for her help. Is Eddie now working for a dead man?

Barely escaping the fire, Eddie wakes in the hospital to find both her parents have arrived on the scene. Will Eddie's card-counting mother and mob-connected father help or hinder the investigation? The police search in vain for a body. How will Eddie find the missing girl with only Eddie's memory of the man's face and a photo of his daughter to go on?

Book 3 in the Eddie Shoes Mystery Series, which began with One Dead, Two to Go.