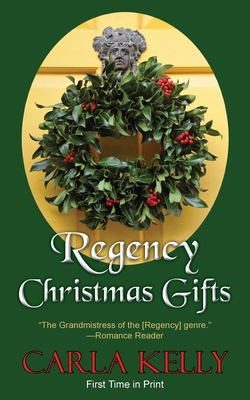 The Lasting Gift:
Christmas approaches, and Mary Ann Poole has little to anticipate. Her daughter Beth was born shortly after the death in battle of Lt. Poole seven years earlier, and never knew her father. Mary Ann has just lost her job. As a future in the poorhouse looms, she receives a package that was misdirected from the post office. Unable to afford return postage, the Pooles pay a visit to the sender, Thomas Jenkins, a retired sailing master in nearby Plymouth who is bored by life ashore. Thomas takes an immediate interest in the pretty widow and her bright daughter. He decides Mrs. Poole's welfare is just the right charitable Christmas project to banish boredom while he searches for a way to return to sea. Soon he has a new dilemma: now that he has met Mary Ann Poole, does he really want to go sailing again?

Faithfully Yours:
John McPherson left Dumfries, Scotland, as an impoverished, neglected boy, determined to make his fortune in North America. Make it he did, thanks to his facility with languages and business savvy. Now he is home after ten years for a visit. He hopes to marry Margaret Patterson, the lovely correspondent he left behind, and who has exchanged letters with him ever since. But Margaret, daughter of a prosperous merchant, is engaged to another. His faithful correspondent has really been Sally Wilson, pretending to be Margaret, who is not quite the person John thought she was. Just the daughter of a minister, Sally never judged John for his poverty and even saw him off on his adventures. But how could he possibly know that?

Lucy's Bang-up Christmas:
Lucinda Danforth is downhearted this Christmas, her first since the end of the Napoleonic Wars. Her sister is getting married on Christmas Eve, and Papa Danforth has been trying to keep events on an even keel ever since the death of his dear wife. Overwhelmed by wedding preparations, he tells Lucy to forget about Christmas traditions this year. But Lucy wants Christmas, too. Enter Lucy's second cousin Miles Bledsoe, Oxford scholar, who wangles an invitation to the Danforth's home. He's happy to help out, and even happier to see Lucy Danforth. Thoughts of Lucy have been distracting him from his studies of late. He might be in love, and he wants to test his theory. Along the way, Lucy and Miles seek to honor the memory of Lucy's departed mother by helping others, in this case, a war widow and her children.