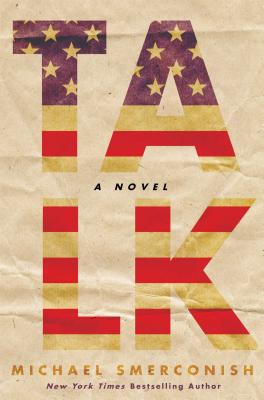 Stan Powers finds himself at a crossroads. Poised to take the last step in his unlikely ascent to the top of conservative talk radio, his conscience may not let him. Set amid the backdrop of “the most important presidential election of our lifetime,” Powers – as the most influential voice in Tampa’s hotly contested I-4 Corridor – holds the key to Florida, and therefore the Oval Office. His on-air attacks singlehandedly put an abrupt end to the top candidates’ main competitors in the primaries, and now he is in the singular position to influence who wins the highest elected office in the world. Will he continue playing the game according to his cynical advisors, or listen to his own conscience and drop an even bigger bomb than expected? With a story that could have been ripped from the headlines, deeply developed characters and interconnected plotlines, and one of the most shocking and rewarding denouements you’ll ever experience, this is the perfect political thriller for today’s America.

Michael Smerconish is a two-time New York Times bestselling author who is consistently named one of America’s most important talk show hosts by Talkers Magazine. Since April 2013 he has hosted The Michael Smerconish Program on the POTUS channel on SiriusXM satellite radio from 9 a.m. to noon weekdays, after leaving his popular syndicated show that reached 80 stations nationwide. In 2009 he became the first radio host to interview President Barack Obama live from the White House, and has also interviewed Presidents Jimmy Carter, George H.W. Bush, Bill Clinton, and George W. Bush. He is a regular contributor for MSNBC-TV; has appeared on the Today show, The Colbert Report, Real Time with Bill Maher, Larry King Live and virtrually every other political talk show; and has guest-hosted for Bill O’Reilly, Glenn Beck, Joe Scarborough, and Chris Matthews. He is a columnist for the Philadelphia Inquirer and Daily News (his columns reprint in newspapers across the USA), and a bestselling author of five nonfiction books. He lives outside Philadelphia.
Loading...
or
Not Currently Available for Direct Purchase