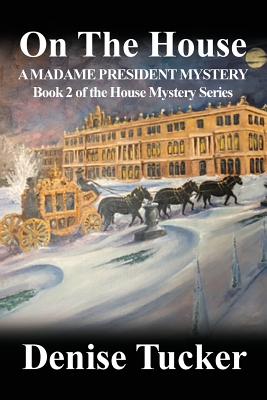 On the House, a Madame President Mystery

Book 2 of the House Mystery Series

Madame President, her family, an entourage of White House aids, and their Secret Service agents are headed to Versailles Palace for a winter meeting of the G-8 Summit. They know that a terrorist group called "The Seven" has attempted to assassinate Madame President and wants to bring down her administration. The White House intercepts intelligence that one of the Seven's members is in Paris--a renowned French Chef who will participate in a special Versailles sugar baking competition at the Summit. One French chef turns up dead outside, in the snow-covered gardens, and Madame President's husband and White House Social Secretary Gary Craig steps in to help lead the murder investigation. A historic and unexpected January blizzard keeps the Summit leaders and chefs on the Versailles grounds, and thus trapped, Gary and his team race against the clock to capture the killer and unmask another member of The Seven.

On The House is the second book in the House Mystery Series and includes a new cast of colorful characters, including twelve French chefs, the G-8 leaders, four international artists, and the ever attentive Versailles staff. Returning to the Keeping House story are The CIA Blue

Hairs who manage to take over a Versailles fashion runway while secretly aiding the President. And once again, the First Family's youngest daughter Abigail, a precocious little girl with a love of playing hide and go seek and a photographic memory trumps them all.