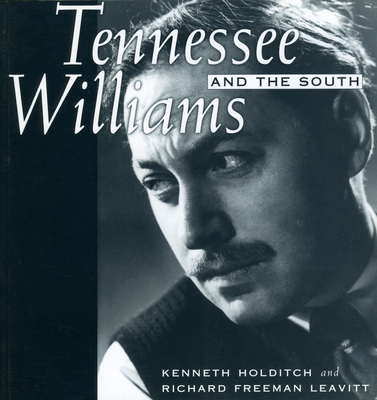 Tennessee Williams and the South

Tennessee Williams (1911-1983) remarked on several occasions that the farther south one went in America, the more congenial life became. Though he sojourned elsewhere, he embraced the South, the region of his birth, as his creative homeland. Few writers have been more closely connected with it than he. Combining his words with photographs, this biographical album reveals Williams's closeness with the American South, and especially with his beloved New Orleans. Williams was born in Mississippi and lived there with his family until he was seven. Thomas Lanier Williams, who became "Tennessee," absorbed much of his creative material from this Mississippi home place. Many of his ancestors were distinguished Tennesseans, a fact in which he took considerable pride. Although he grew to maturity in St. Louis, it was to the South that he continually returned in his memory and in his imagination. It was in New Orleans and Key West that he chose to spend a large part of his later years. This book underscores that intimate connection by featuring photographs of people and places that influenced him. Enhanced with a long essay and captioned with quotations from Williams's plays, memoirs, and letters, more than one hundred pictures document the keen sense of place that he felt throughout his life and career.