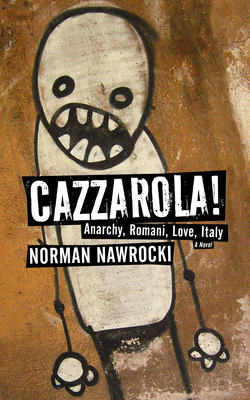 A gripping novel that is at once political, historical, and romantic, Cazzarola! spans 130 years in the life of the Discordias, a fictionalized family of Italian anarchists. It details the family's heroic, multigenerational resistance to fascism in Italy and their ongoing involvement in the anarchist movement. From early 20th-century factory strikes and occupations, armed anarchist militias, and attempts on Mussolini's life, to postwar student and labor protest, and confronting the newest wave of contemporary neofascist violence sweeping Europe, the Discordias navigate the decades of political, economic, and social turmoil. Against this historical backdrop, Antonio falls in love with Cinka, a proud but poverty-stricken Romani refugee from the “unwanted people,” without a country or home, forced to flee again and again searching for peace. Theirs becomes a life-changing and forbidden relationship. Both are forced to reevaluate their lives and contend with cultural taboos, xenophobia, and the violent persecution of Romani refugees in Italy today.

“In Romani culture, when enjoying music we don't say, ‘Did you hear that?’ We say, ‘Did you feel that?’ I didn't just read Cazzarola! I felt it. As a Romani woman who has lived in Italy, this very relatable novel often echoed the pages of my own life. Bravo, Ta Aves Baxtalo!”  —Julia Lovell, Romani activist and filmmaker

“A brilliant title for a brilliant story of love and rage, which the author shares with his characters in every page. Cazzarola! reads like a film, a sort of Bertolucci’s Novecento recast in contemporary Italy. Nawrocki skillfully manages to interweave scene of everyday Italian life and fine psychological analysis in a grandiose historical fresco." —Davide Turcato, historian and editor, The Complete Works of Errico Malatesta

"Nawrocki’s interweaving of characters’ questionings and challenges presents a microcosm of the fundamental idea of an anarchism that nourishes the dialectic of individual liberty within a community." —Steve Izma, Fifth Estate

Norman Nawrocki is an actor, a musician, and the author of several books of poetry and short stories. He teaches at Concordia University, gives workshops about creative resistance, and tours the world performing theatre, music, and cabaret. He lives in Montreal, Quebec.
Loading...
or support indie stores by buying on