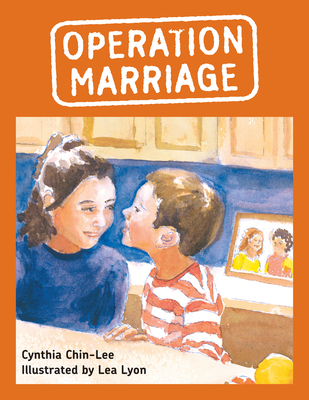 Set in the San Francisco Bay area months before the passage of Proposition 8 banned gay marriage in California, this heartwarming picture book tells the humorous story of two stubborn kids who take matters into their own hands. When Alex loses her best friend in an argument over her family not being “traditional,” she and her younger brother set out to convince their two mothers to have a real wedding. Though their parents are content with the commitment ceremony they had years earlier, their children’s determination prevails and couple is able to become legally married before the proposition takes effect. Their love for each other proves contagious as their neighbors begin to see past their prejudice and accept them for who they have always been: a normal, affectionate family. Based on a true story, this is a touching tale about those who face real challenges in their struggle for equality.

"Very sensitively deals with the subject of same-sex marriage by telling the true story of one couple and their children. Children are very ready to start talking about the civil rights issues of our time and this book is a great jumping off point to get those conversations started."  —Jacinta Bunnell, author, Girls Are Not Chicks Coloring Book

"Shows how important marriage is to children and that they understand that anything less, is less than equal."  —Dr. Davina Kotulski, author, Love Warriors and Why You Should Give a Damn About Gay Marriage

"Cynthia delights audiences, with careful consideration not to leave anyone out. Her books are winners."  —Heidi R. Kling, author, Sea

"For those who believe, true love does conquer all." —www.BookDragon.si.edu (September 2011)

"Operation Marriage is a well-constructed, age-appropriate story with an appealing cast of characters." —www.ThePirateTree.com (December 2011)

"Wearing its heart on its sleeve, this message-driven text . . . will situate itself as part of the early-21st-century movement toward same-sex marriage rights." —Kirkus Reviews (January 15, 2012)

Cynthia Chin-Lee is the author of A Is for the Americas, A Is for Asia, Akira to Zoltan, and Amelia to Zora. She lives in Palo Alto, California. Lea Lyon is an award-winning children's book illustrator, a painting teacher, and a portrait artist. She is the illustrator of Keep Your Ear on the Ball, The Miracle Jar, Playing War, and Say Something. She lives in Richmond, California.
Loading...
or support indie stores by buying on