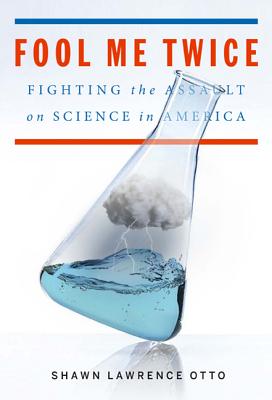 Fighting the Assault on Science in America

"Whenever the people are well informed," Thomas Jefferson wrote, "they can be trusted with their own government."

But what happens in a world dominated by complex science? Are the people still well-enough informed to be trusted with their own government? And with less than 2 percent of Congress with any professional background in science, how can our government be trusted to lead us in the right direction?

Will the media save us? Don't count on it. In early 2008, of the 2,975 questions asked the candidates for president just six mentioned the words "global warming" or "climate change," the greatest policy challenge facing America. To put that in perspective, three questions mentioned UFOs.

Today the world's major unsolved challenges all revolve around science. By the 2012 election cycle, at a time when science is influencing every aspect of modern life, antiscience views from climate-change denial to creationism to vaccine refusal have become mainstream.

Faced with the daunting challenges of an environment under siege, an exploding population, a falling economy and an education system slipping behind, our elected leaders are hard at work ... passing resolutions that say climate change is not real and astrology can control the weather.

Shawn Lawrence Otto has written a behind-the-scenes look at how the government, our politics, and the media prevent us from finding the real solutions we need. Fool Me Twice is the clever, outraged, and frightening account of America's relationship with science—a relationship that is on the rocks at the very time we need it most.

Praise For Fool Me Twice: Fighting the Assault on Science in America…

“Every voter in the country should read [this book]...Fool Me Twice, as its title implies, takes aim at a frightening phenomenon in the United States of creating national policy based on political ideology rather than known science. Otto traces its roots and follows its history. He reminds us that the greatness of the U.S. economy has risen because of our strength in science.” —Don Shelby, MINNPost.com, Peabody-winning and former CBS News anchor and investigative reporter

“This incredible book...explores the devaluation of science in America.” —Publisher's Weekly, Starred Review

S H A W N L A W R E N C E O T T O is the cofounder and CEO of Science Debate 2008, the largest political initiative in the history of science. He is also an award winning screenwriter best known for writing and coproducing the Academy Award–nominated House of Sand and Fog. He lives in Minnesota.
Loading...
or
Not Currently Available for Direct Purchase