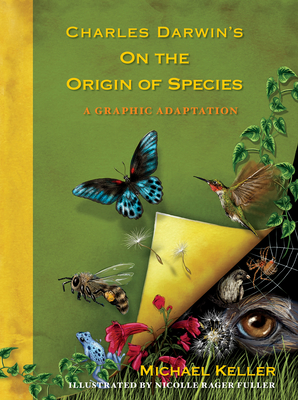 Charles Darwin's On the Origin of Species

A stunning graphic adaptation of one of the most famous, contested, and important books of all time.

Few books have been as controversial or as historically significant as Charles Darwin's On the Origin of Species by Means of Natural Selection, or the Preservation of Favored Races in the Struggle for Life. Since the moment it was released on November 24, 1859, Darwin's masterwork has been heralded for changing the course of science and condemned for its implied challenges to religion.

In Charles Darwin's On the Origin of Species, author Michael Keller and illustrator Nicolle Rager Fuller introduce a new generation of readers to the original text. Including sections about his pioneering research, the book's initial public reception, his correspondence with other leading scientists, as well as the most recent breakthroughs in evolutionary theory, this riveting, beautifully rendered adaptation breathes new life into Darwin's seminal and still polarizing work.

Michael Keller, an award-winning journalist and writer, has a bachelor of science degree in wildlife ecology from the University of Florida and a master's degree from the Columbia University Graduate School of Journalism.

Nicolle Rager Fuller is a professional illustrator, with a bachelor of arts degree in biochemistry from Lewis and Clark College and a graduate certificate in science illustration from the University of California-Santa Cruz. She lives in Washinton, DC, with her husband.