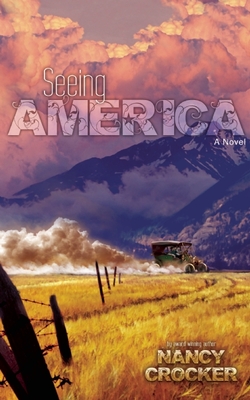 Missouri, 1910. John Hartmann is graduating from high school under the critical eye of his father and has no idea what options lie beyond the family farm and his small town. When Paul Bricken, nineteen and blind, buys a brand-new Ford Model T and suggests John drive him to Yellowstone National Park, John jumps at the chance. He's less enthusiastic about inviting Henry Brotherton, who's loud, crude, and a bigot--but Henry's available both as a second driver and a tough guy who might be helpful in a tight spot. As the three young men set off on their tumultuous journey, America is preparing for the fight of the century between Jack Johnson and Jim Jeffries--and is headed for its biggest racial upheaval since the Civil War. With Yellowstone drawing ever closer and tensions rising, Paul, John, and Henry will soon learn there is a great deal they didn't know about the fledgling American Midwest--or about each other.

Nancy Crocker is an award winning author and a Missouri native who started her career as a singer, having performed alongside Loretta Lynn at age thirteen. Her written work has appeared in the American Heritage Anthology, and she is the author of the picture book Bettie Lou Blue, published by Dial. Her first novel, Billie Standish Was Here, was published by Simon & Schuster in 2007 and was a Booklist Top 10 Novel for Youth, a Kirkus Editor's Pick for Best Books for Young Adults, a 2009 TAYSHA Reading List selection, and a New York Library's Book for the Teen Age selection. She now lives in Minneapolis with her husband and son.
Loading...
or
Not Currently Available for Direct Purchase