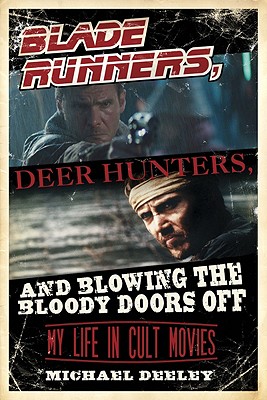 My Life in Cult Movies

One man links The Deer Hunter, Blade Runner, The Italian Job, Don’t Look Now, The Wicker Man and The Man Who Fell To Earth. Producer Michael Deeley, an urbane Englishman in Hollywood, had to fight wars to get these movies made, from defending the legendary sex scene of Don’t Look Now from a disapproving Warren Beatty to seizing control of Convoy from a cocaine- ridden Sam Peckinpah. This is a no-holds-barred look at the true stories behind some of the greatest cult movies ever made.

Praise For Blade Runners, Deer Hunters, & Blowing the Bloody Doors Off: My Life in Cult Movies…

Should rivet anyone fascinated by movie making…An absorbing rundown of these classics' evolution. A sharp guide to Hollywood's "dream factory."

Michael Deeley is a world famous producer whose work includes The Italian Job, The Man Who Fell to Earth, The Deer Hunter (for which he won an Academy Award), and Blade Runner. He was the president of EMI Films Inc. and has a founding member and Deputy Chairman of The British Screen Advisory Council. He lives in Santa Barbara, California.
or
Not Currently Available for Direct Purchase