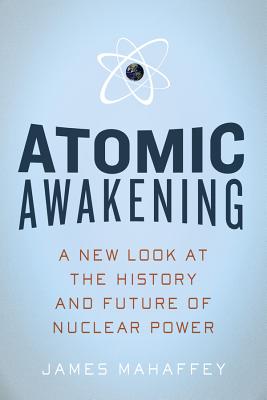 A New Look at the History and Future of Nuclear Power

Nuclear power is a paradox of danger and salvation—how is it that the renewable energy source our society so desperately needs is the one we are most afraid to use?

The American public's introduction to nuclear technology was manifested in destruction and death. With Hiroshima and the Cold War still ringing in our ears, our perception of all things nuclear is seen through the lens of weapons development. Nuclear power is full of mind-bending theories, deep secrets, and the misdirection of public consciousness, some deliberate, some accidental. The result of this fixation on bombs and fallout is that the development of a non-polluting, renewable energy source stands frozen in time.

It has been said that if gasoline were first used to make napalm bombs, we would all be driving electric cars. Our skewed perception of nuclear power is what makes James Mahaffey's new look at the extraordinary paradox of nuclear power so compelling. From medieval alchemy to Marie curie, Albert Einstein, and the Manhattan Project, atomic science is far from the spawn of a wicked weapons program. The discovery that the atom can be split brought forth the ultimate puzzle of the modern age: Now that the energy of the universe is available to us, how do we use it? For death and destruction? Or as a fuel for our society that has minimal impact on the environment and future generations?

Outlining nuclear energy's discovery and applications throughout history, Mahaffey's brilliant and accessible book is essential to understanding the astounding phenomenon of nuclear power in an age where renewable energy and climate change have become the defining concerns of the twenty-first century.

James Mahaffey was a senior research scientist at the Georgia Tech Research Institute where he worked under contract for the Defense Nuclear Agency, the National Ground Intelligence Center, the Air Force Air Logistics Center, and Georgia Power Company. He is the author of Atomic Awakening and Atomic Accidents and lives in Atlanta, Georgia.

Praise For Atomic Awakening: A New Look at the History and Future of Nuclear Power…