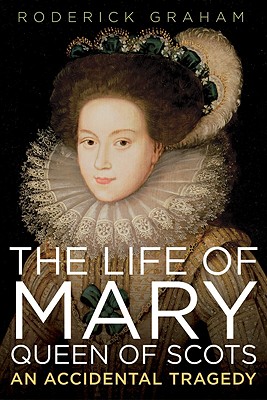 The Life of Mary

Queen of Scots: An Accidental Tragedy

Mary, Queen of Scots lived during one of the most fascinating periods in history. Graham 's epic work paints a unique picture of this controversial woman, showing her to be neither a Catholic martyr nor murdering adulteress but a passive young woman caught up in the ruthless sea of sixteenth-century politics who lacked the shrewdness and empowerment of her contemporaries Catherine de Medici, Diane de Poitiers and Elizabeth Tudor. Instead, she relied on her beauty and charm and allowed herself to be a victim of circumstance. When she did finally attempt to control her future, she set in motion the events that would lead her to the executioner 's block.

Roderick Graham was educated at the Royal High School of Edinburgh and Edinburgh University. He has worked in radio and television as a writer, director, and producer. He produced the award winning BBC program Elizabeth R with Glenda Jackson. He is the author of John Knox: Democrat, The Great Infidel: A Life of David Hume, and The Life of Mary, Queen of Scots: An Accidental Tragedy.
Loading...
or
Not Currently Available for Direct Purchase