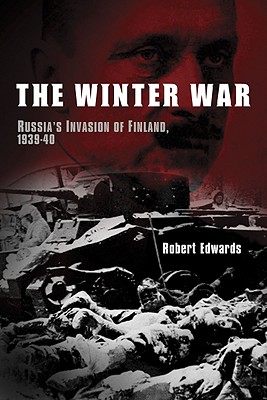 On November 30, 1939, the Soviet Union's Red Army invaded the young nation-state of Finland, in the full expectation of routing the small, ill-equipped Finnish army and annexing the former Russian territory by the end of the year. But Finland held out for 105 bitterly cold, fiercely combative days, until March 15, 1940, when a peace agreement ended the short, savage Winter War.

At the stirring center of the story lie the resourcefulness and resolve of the Finnish people, who against all military odds—in want of ammunition, food, sleep, and troops—fought a blundering, ineptly commanded Red Army to a standstill. On March 15, they ceded to the Soviet 11 percent of their territory and 30 percent of their economic assets, but none of their national pride.

Robert Edwards spent twenty years as a Wall Street analyst and trader before turning to writing. He is a regular contributor to the Daily Telegraph.
Loading...
or support indie stores by buying on