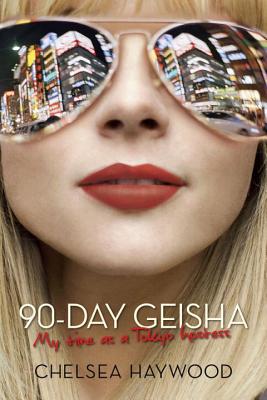 My Time as a Tokyo Hostess

The hard-drinking, drug-taking, all-night culture that dominates Tokyo’s Roppongi district can be a surreal place. Overworked Japanese business men will pay handsomely for the services of a hostess—someone to talk to, someone to provide hot towels and drinks, and sometimes just a companion with whom to sing karaoke with all night. Intrigued by rumors of this strange subculture and armed with her 90-day work visa and new husband, Matt, Chelsea throws herself into the lion’s den. Yet what she discovers about herself and about the inhabitants of this nocturnal life far exceeds her expectations.

Hostessing, she comes to find, has “very little to do with sex, quite a lot to do with psychology, and nothing to do with prostitution.” Her personality and conversation skills are her top commodity, and Chelsea quickly finds herself charmed by these billionaire men, many of whom are funny, intelligent, even kind, and often, very lonely. But as she becomes more and more attached to her clients, Chelsea soon finds herself getting burned at her own game, as the endless presents, compliments, and destructive atmosphere of alcohol and drugs threaten to take both her marriage, and her sanity, to the edge.

Chelsea Haywood was born in British Columbia and has traveled independently and as a fashion model since she was 16 years old, and has been featured in magazines, on catwalks, and television throughout Asia. She splits her time between London and Vancouver.

Praise For 90-Day Geisha: My Time as a Tokyo Hostess…


An extremely entertaining debut book. She neatly hooks the reader, teasing us through her adventures in the oh-so-different cultures of urban Japan. Chelsea is wise beyond her years.

Hilarious and fast-paced, this is a book you never want to end.
or
Not Currently Available for Direct Purchase
Copyright © 2020 American Booksellers Association