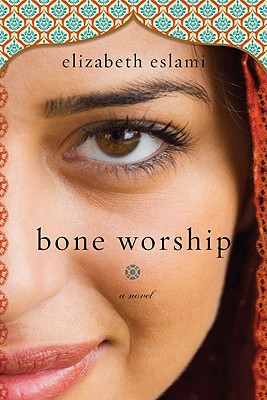 A rich and soul-searching novel about an Iranian-American girl whose enigmatic father has decided to arrange her marriage.

Jasmine Fahroodhi has always been fascinated by her enigmatic Iranian father. With his strange habits and shrouded past, she can't fathom how he ended up marrying her prim American mother.

But lately love in general feels just as incomprehensible. After a disastrous romance sends her into a tailspin, causing her to fail out of college just shy of graduation, a conflicted Jasmine returns home without any idea where her life is headed.

Her father has at least one idea—he has big plans for a hastegar, an arranged marriage. Confused, furious, but intrigued, Jasmine searches for her match, meeting suitor after suitor with increasingly disastrous (and humorous) results. As she begins to open herself up to the mysteries of familial and romantic love, Jasmine discovers the truth about her father, and an even more evasive figure—herself—in this highly original and striking debut novel.


Praise For Bone Worship: A Novel…

In a voice at once acerbic and lyrical, Eslami deftly navigates the choppy waters of a cross-cultural father-daughter relationship bowing beneath the strain of post-grad ennui. From the streets of Tehran to the backroads of Arrowhead, Georgia, Bone Worship gnaws and sings.

With genuine warmth, Elizabeth Eslami explores those fragile in-between times of our lives. She does so with compassion and honesty and with a wry yet gentle humor that had me laughing out loud. Bone Worship is a treasure, and Eslami is a writer to keep your eyes on.

Wildly original, Bone Worship is a real find. A superbly cranky American daughter and her impossible, mysterious Iranian father are the fabulous characters populating this wonderful novel. At once comic and serious, unpredictable at every turn, with a cross-cultural family drama that cracks through old notions.

— Joan Silber, author of The Size of the World and Ideas of Heaven

Iranian-American author Elizabeth Eslami was born in South Carolina in 1978.  She holds a B.A. from Sarah Lawrence College and an M.F.A. in creative writing from Warren Wilson College. She has published numerous short stories. Bone Worship is her first novel. She lives in Eugene, OR.
or
Not Currently Available for Direct Purchase