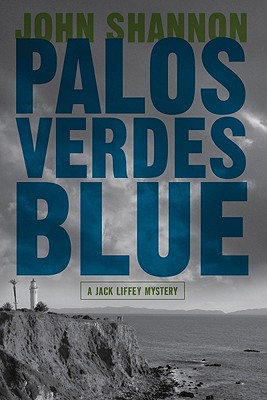 “One of the finest and boldest detective series ever. An extended valentine to the battered, tattered City of Angels that never fails to entertain and challenge.”—January Magazine

In the latest Jack Liffey novel, L.A.'s most famous child-finder finds himself enmeshed in a race-fueled crime wave on Palos Verdes. Barely recovered after nearly loosing his daughter to religious fanatics in Bakersfield, Jack is hired to find another girl, Blue, the missing teenage daughter of his ex-wife's best friend. The investigation leads him to discover an intense turf war on L.A.'s posh Palos Verdes peninsula. The feud will turn violent, drawing in arsonists, angry bikers, racist border vigilantes, and Jack's daughter Maeve, who once again puts herself at risk to help her father.

With a hero as brainy, compassionate, and conflicted as Liffey, the only real mystery is why these books aren’t bestsellers.
— Keir Graf

John Shannon is one of America’s leading writers of neo-noir. His Jack Liffey series of novels is one of the most critically praised mystery series in the genre and includes Terminal Island, Dangerous Games, The Dark Streets, The Devils of Bakersfield, and Palos Verdes Blue. Shannon lives in Los Angeles.
or
Not Currently Available for Direct Purchase