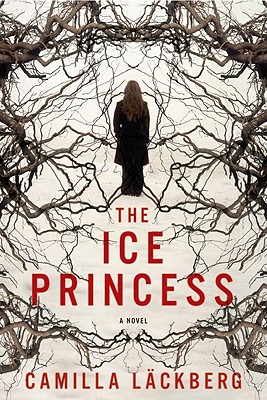 Returning to her hometown of Fjallbacka after the funeral of her parents, writer Erica Falck finds a community on the brink of tragedy. The death of her childhood friend, Alex, is just the beginning. Her wrists slashed, her body frozen in an ice-cold bath, it seems that she has taken her own life.

Erica conceives a book about the beautiful but remote Alex, one that will answer questions about their own shared past. While her interest grows into an obsession, local detective Patrik Hedstrom is following his own suspicions about the case. But it is only when they start working together that the truth begins to emerge about a small town with a deeply disturbing past.

Camilla Läckberg worked as an economist in Stockholm until a course in creative writing triggered a drastic career change. Her novels have all become #1 bestsellers in Sweden. Her thriller The Ice Princess, winner of the Grand Prix de Littérature Policiere for Best International Crime Novel, has been published in over twenty-five countries. She lives in Stockholm with her husband and five children.

Starred Review. Haunting...Läckberg skillfully details how horrific secrets are never completely buried and how silence can kill the soul.

The hottest crime genre of the moment is Nordic noir and Swedish writer Camilla Läckberg (who shares Stieg Larsson’s translator) is one of the reasons. As with all Scandinavian murder mysteries, it’s darker, bleaker, and the plot far more sinister than similar American fare. Larsson fans who give Läckberg’s novel a chance to seduce them will be rewarded.

Camilla Läckberg has written seven blockbuster novels in her native Swedish but, until now, no one has published any of them in the United States. Now Pegasus Books has stepped forward.

[T]he writing is highly atmospheric and the pacing keeps the pages turning. Fjällbacka itself is a compelling presence in the narrative, an ideal setting for this small-town murder mystery.
— Debra Ginsberg

Chilly, deceptive and lucid, just like the icy environment it describes.

The plot is simply superb. A book that you can’t put down.

A more than welcome addition to the growing ranks of Scandinavian fiction. With her sharp eye for emotional nuances and psychological insight, Fjallbacka and its crimes and people will soon be as popular here as they are in her native Sweden.
— Peter Robinson, author of All the Colors of Darkness