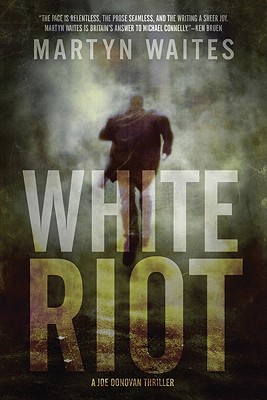 When the savagely beaten body of a Muslim student is discovered in a rundown area of Newcastle, blame falls on the far right National Unity Party—but for once they appear to be innocent. after the death of a supposed suicide bomber, the investigation takes a more dangerous turn as our protagonist and his team find themselves the targets of a ruthless killer unlike any they have faced before. A killer who will do anything to ensure an explosive thirty-year-old secret remains buried. Anything—even orchestrating a brutal race war that will tear the city apart, with Donovan caught in the middle.

Starred Review: An intelligent, fast-paced plot about radical groups orchestrating a race riot is only one highlight of Waites's superb third Joe
Donovan thriller. Waites masterfully pulls together a cohesive
story about fanatical politics filled with surprises and suspense.
Fans of Mark Billingham, John Connolly, and Ken Bruen will find
much to like.

Waites is a fine writer working with a gripping plot about extremist groups plotting to set off a race war in England, so readers willing to suspend their disbelief will be richly rewarded.

A sometimes brutal, sometimes poetic journey through the
dark heart of modern Britain, and confirms Waites as one of the
brightest stars in crime writing.
— John Connolly

Waites stands out in the field of young British noir writers with
his bruised characters, raw-edged dialogue, and extraordinary
night vision.
— Marilyn Stasio

The pace is relentless, the prose seamless, and the writing a
sheer joy.
— Ken Bruen

A powerful writer who creates memorable characters who live
in memory as well as on the page.
— Otto Penzler, editor of the New York Times bestseller The Black Lizard Big Book of Pulps

Martyn Waites is one of crime fiction's leading writers of neo-noir. He is the author of The Mercy Seat, Bone Machine, White Riot, and Speak No Evil. Waites lives in London.
Loading...
or
Not Currently Available for Direct Purchase