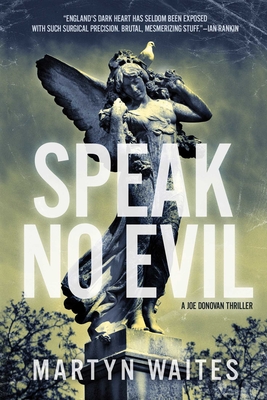 
Praise For Speak No Evil…


The violence is graphic enough to authenticate Waites’s reputation for
toughness, but the psychology behind Mae’s pathology is so sound that
you may want to grant her a full pardon.

Martyn Waites is Britain’s answer to Michael Connelly and the Joe Donovan series is proof of that.
— Ken Bruen

Martyn Waites is one of crime fiction's leading writers of neo-noir. He is the author of The Mercy Seat, Bone Machine, White Riot, and Speak No Evil. Waites lives in London.
Loading...
or
Not Currently Available for Direct Purchase