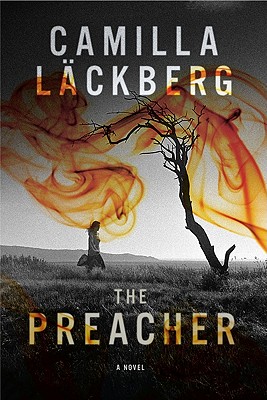 
Praise For The Preacher…

Swedish bestseller Läckberg's worthy second thriller set in the coastal town of Fjällbacka (after The Ice Princess) opens with a grim discovery-the naked fresh corpse of Tanja Schmidt, a German tourist, on top of the skeletal remains of two young women, later identified as Mona Thernblad and Siv Lantin.... The troubled Hults, from conniving founder (known as the Preacher) to philandering spouses, show a Ross Macdonaldesque love of twisted family relationships, while Läckberg's colorful, diverse police force, staffed with the competent, the incompetent, and the merely distracted, recalls the humanist touch of Dutch author Janwillem van de Wetering.


Läckberg weaves a solid thriller that will gratify fans of Liza Marklund, Stieg Larsson, and the team of Anders Roslund and Borge Hellstrom. This fast-paced tale ensures Läckberg’s place on the A-list of Scandinavian crime writers.

Camilla Läckberg worked as an economist in Stockholm until a course in creative writing triggered a drastic career change. Her novels have all been #1 bestsellers in Sweden, and she is the most profitable native author in Swedish history. She was recently the #1 bestselling female author in Europe, and her novels have been sold in thirty-five countries. Her previous novels includeThe Stonecutter and The Stranger, which is available from Pegasus Books. Camilla lives in a suburb of Stockholm with her family.
Loading...
or
Not Currently Available for Direct Purchase