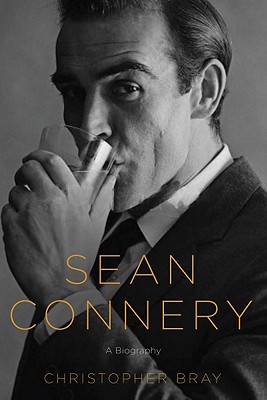 A biography of a star and an investigation of what can happen to a man when the images he creates take over his life.

Sean Connery's creation of secret agent James Bond invigorated Britain and its cinema, allowing a cash-strapped, morale-sapped country in decline to fancy itself still a player on the world stage. But while Bond would make Connery the first actor to command a million dollar-plus fee, the man himself was forever pouring scorn on the fantasies audiences found it increasingly hard to separate him from. How can such worship not play havoc with one’s soul—especially a soul as painfully unprepared for the pressures of stardom as Connery’s?

Undaunted, Connery went on to prove himself one of the cinema’s most relaxed and assured stars and a guaranteed box-office draw. Molding and remolding his image to fit the contours of the age, Connery has gone from Sixties sex symbol to the sagacious figure to which today’s young stars are forever turning.

Spirited, argumentative and sardonically celebratory, Christopher Bray’s Sean Connery is the story of an actor learning his craft on the job and, at the end of his career, of a man pressing his stardom into the service of his burgeoning political awareness.

Christopher Bray has written on movies, books, music, and art for the Daily Telegraph, the Times Literary Supplement, the Literary Review, The New York Times, and The New Statesman. Also the author of Michael Caine: A Class Act, Christopher lives and works in southeast London.

Praise For Sean Connery: A Biography…

Instead of recycling old scandal sheets and puff pieces, he gives us the only book that could matter: a bristling and learned meditation on that other Connery — the one that dreams are made of.
— Louis Bayard
or
Not Currently Available for Direct Purchase
Copyright © 2020 American Booksellers Association