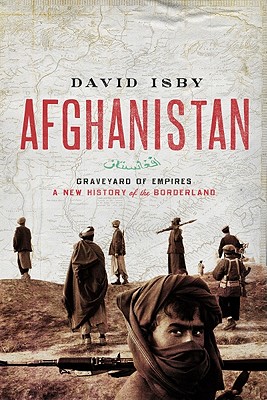 Graveyard of Empires: A New History of the Borderland

A startling history of modern Afghanistan: the story of a country caught in a vortex of terror.

Veteran defense analyst and Afghanistan expert David Isby provides an insightful and meticulously researched look at the current situation in Afghanistan, her history, and what he believes must be done so that the US and NATO coalition can succeed in what has historically been known as “the graveyard of empires.” Afghanistan is one of the poorest countries in the world with one of the lowest literacy rates. It is rife with divisions between ethnic groups that dwarf current schisms in Iraq, and all the groups are lead by warlords who fight over control of the drug trade as much as they do over religion. The region is still racked with these confrontations along with conflicts between rouge factions from Pakistan, with whom relations are increasingly strained. After seven years and billions of dollars in aid, efforts at nation-building in Afghanistan has produced only a puppet regime that is dependent on foreign aid for survival and has no control over a corrupt police force nor the increasingly militant criminal organizations and the deepening social and economic crisis.

The task of implementing an effective US policy and cementing Afghani rule is hampered by what Isby sees as separate but overlapping conflicts between terrorism, narcotics, and regional rivalries, each requiring different strategies to resolve. Pulling these various threads together will be the challenge for the Obama administration, yet it is a challenge that can be met by continuing to foster local involvement and Afghani investment in the region.

This paperback edition includes a new 2011 afterword by the author.

David Isby is a lawyer and defense analyst who has testified before Congress and appeared on CNN, PBS, and FOX. A former adviser to President Reagan, Isby was contributor to The Times History of War and is the author of Russia’s War in Afghanistan; Afghanistan: Invasion and Resistance; Leave No Man Behind; and Fighting the Invasion: The German Army at D-Day (2000). He is a frequent contributor to Jane’s Defense Intelligence Review and lives in Washington DC.
or
Buy Here
Copyright © 2020 American Booksellers Association