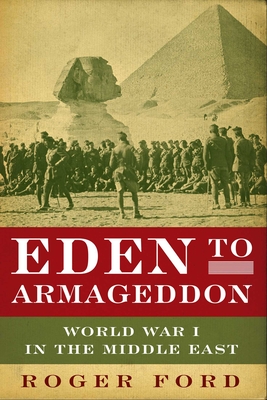 
Praise For Eden to Armageddon…

A stylishly written, fine-grained narrative
history that should become the standard for historians and
buffs alike.

Starred Review. Ford supplies an outstanding account of the military campaigns in
the region while integrating them into the broader political
interests and maneuvers of the great powers.

Roger Ford’s work encompasses both narrative military history and that of military, aviation, and naval technology. He is the author of dozens of books in the field of military technology, including The Grim Reaper, a highly acclaimed account of the development of the machine gun, as well as a two-volume history of the Allied special forces in France during World War II, Fire from the Forest and Steel From the Sky. He lives in southern France.
Loading...
or
Not Currently Available for Direct Purchase