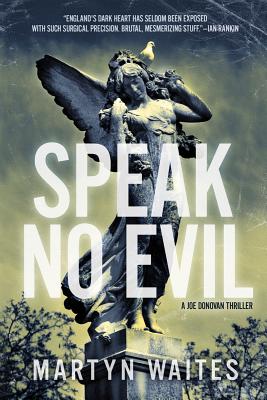 In the fourth novel of this acclaimed crime series, Joe Donovan must help a woman determine if her recent visions are related to the death of a young boy.

Anne Marie is back in the hometown she hasn't seen for forty years, trying to live a normal life with her partner and teenage son. But that's impossible for Anne Marie. Because forty years ago, when she was eleven, she killed a little boy. She is trying to make peace with her past by telling her story to journalist Joe Donovan. But it's not that simple.

Suffering from horrifying visions, she sometimes does bad things. Things she has no memory of afterward. So when a teenager on her housing estate is murdered and she wakes up with blood on her hands, Anne Marie naturally fears the worst. Her fragile life falling apart, Anne Marie turns to those she loves. But where she was expecting support, she finds only betrayal. Desperate, she turns to Donovan for help. But Donovan may have his own reasons for helping her..reasons that have to do with the disappearance of his own son...


The violence is graphic enough to authenticate Waites’s reputation for
toughness, but the psychology behind Mae’s pathology is so sound that
you may want to grant her a full pardon.

Martyn Waites is Britain’s answer to Michael Connelly and the Joe Donovan series is proof of that.
— Ken Bruen

Martyn Waites is one of crime fiction's leading writers of neo-noir. He is the author of The Mercy Seat, Bone Machine, White Riot, and Speak No Evil. Waites lives in London.
Loading...
or support indie stores by buying on