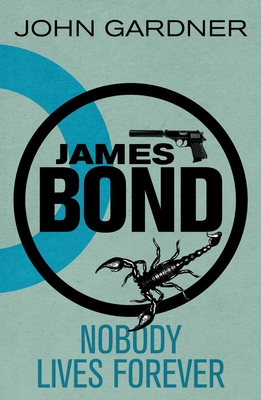 Nobody Lives Forever: A 007 Novel

A cloud hangs over James Bond as he guides his Bentley Mulsanne Turbo through the streets of Ostend at the start of a well-earned spell of leave. Rome is his destination.

The incident on the cross-channel ferry, when the vessel stops while a search is made for a couple of skylarking youngsters who, it was thought, had gone overboard, makes him unaccountably jumpy. As, unobserved, he operates the secret panel in the dashboard to check his 9mm ASP automatic and the spare ammunition clips, and withdraws the small Concealable Operations Baton in its soft leather case,he reflects on M’s parting advice to be “especially careful.”The sharp, steely look in his chief’s eyes had given Bond the odd feeling that M had been deliberately hiding something from him.

It is just a few hours, rather than days, after disembarking at the Belgian port, that the first grisly move is made in a bewildering game of cat-and-mouse, with Bond as the prey.What could be the purpose behind the personal vendetta unleashed by an assailant whom Bond, at first, fails miserably to identify?