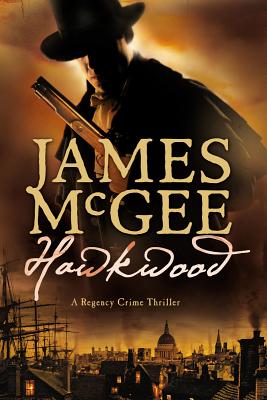 The first historical thriller in the investigator Matthew Hawkwood series, hunter of thieves, spies, and murderers in the streets of Regency London.

The year is 1811, and Bow Street Runner Matthew Hawkwood is ordered by Chief Magistrate James Read to investigate the double murder of a coachman and a naval courier on the Kent Road.

Hawkwood is initially puzzled as to why Read is so concerned by this relatively mundane case, but as his investigation unfolds, another body is discovered and a higher agenda begins to emerge—an attempt by the Emperor Napoleon to bring about a crushing military and psychological blow to Britain, the means of which would bring terror to the seas for years to come . . .

A darkly attractive hero, terrific period atmosphere and action that moves so fast.

A richly enjoyable and impressively researched novel—also very gripping. James McGee is clearly a rising star in the historical galaxy and I look forward to Hawkwood’s return.
— Andrew Taylor, author of The American Boy