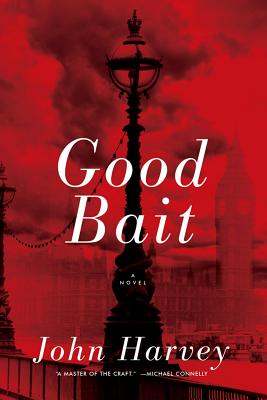 
When a 17-year-old Moldovan boy is found dead on Hampstead Heath, the case falls to DCI Karen Shields and her overstretched Homicide & Serious Crime Unit. Karen knows she needs a result. What she doesn’t know is that her new case is tied inextricably to a much larger web of gang warfare and organized crime which infiltrates almost every aspect of London society.

Several hundred miles away in Cornwall, Detective Inspector Trevor Cordon is stirred from his day-to-day duties by another tragic London fatality. Traveling to the capital and determined to establish the cause of death and trace the deceased’s daughter, Cordon becomes entangled in a complicated situation of his own. A situation much closer to Karen’s case than either of them will ever know.

Brilliantly plotted and filled with rich, subtle characters, John Harvey’s latest novel reveals him once again as a masterful writer with his finger firmly on the pulse of twenty-first-century crime.

John
Harvey writes the way we all wish we could write. His stories are
filled with the blood of true character.
— Michael Connelly

No one in Britain is writing better crime fiction.

John Harvey is the author of the richly praised Charlie Resnick novels, the first of which, Lonely Hearts, was named by the London Times as one of the "100 Best Crime Novels of the Century." John's first novel featuring Detective Inspector Frank Elder, Flesh and Blood, won the CWA Silver Dagger in 2004. In 2007 he received the Crime Writers Association Cartier Diamond Dagger for Sustained Excellence in Crime Writing. John lives in London.
Loading...
or
Not Currently Available for Direct Purchase