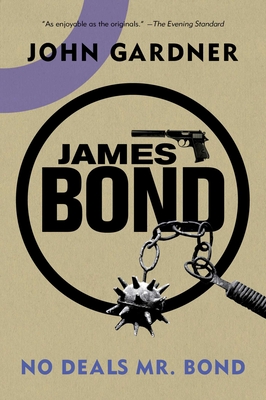 The world's most famous spy is being hunted by the KGB, and he will need all his wits to negotiate the labyrinth of double-crosses that will lead him to a showdown in a remote corner of Hong Kong.

Between the Danish island of Bornholm and the Baltic coast of East Germany a nuclear submarine of the Royal Navy surfaces under the cloak of darkness. James Bond and two marines slip quietly from the forward hatch into their powered inflatable raft and set off for a lonely beach where they are to collect two young women. Planted to seduce communist agents to run for cover in the West, they have been rumbled by the other side. Bond little knows that this routine exercise is but the prelude to a nerve-racking game of bluff and double bluff, played with consummate skill by his own chief M against the East German HVA and the elite branch of the KGB, formed from Bond's old adversary SMERSH.

The KGB is soon on the scene, but nothing is what it seems, and Bond finds he needs all his wits to negotiate the labyrinth of double-crosses that will lead him to a bewildering showdown in a remote corner of the Kowloon province of Hong Kong. There, with only the trusted belt of secret weapons specially devised by Q branch, he has to fight a terrifying duel in the dark, with all the cards in the hands of his opponents.