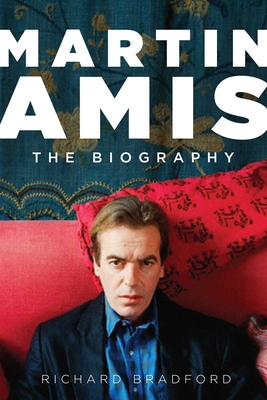 Martin Amis' life could itself provide the formula for an enthralling work of fiction.

Martin Amis' life could itself provide the formula for an enthralling work of fiction. Son of one of the most popular and best-loved novelists of the post-war era, he has forged a groundbreaking manner of writing that owes nothing to the style of his father, nor indeed to anyone else. He relished and recorded the bizarre, turbulent atmosphere of Britain and America during the 1970s and 80s, arguably the transformative period of the late twentieth century.

No other contemporary writer has proved so magnetic for the popular press: he has, despite himself, achieved celebrity status. Of late, his reputation as a novelist has been matched by his outspoken, challenging writing on contemporary global politics, and he has earned the status as the Orwell of the early twenty-first century.  Moreover, this fascinating biography discloses the autobiographical thread that runs through Amis' books. Richard Bradford has talked with Amis at length, questioned him on his childhood, his private history, his opinions, and the inspiration for his fiction, and these exchanges are supplemented by interviews with a large number of his friends and fellow writers.

Praise For Martin Amis: The Biography…

"Nearly all critical biographies relate the work to the life—insidiously, tendentiously, helplessly. Richard Bradford is different: he does it convincingly, and with vigor. The result is an original and stimulating book."
— Martin Amis

"This book, easily the best on Larkin yet to appear, is a masterful analysis of the weirdly fatalistic interweaving of his life and his writing. A great biography of a great artistic genius. Utterly magnificent."
— Roger Lewis, author of 'Anthony Burgess: A Life'

Richard Bradford was educated at the University of Wales and at Oxford. He has held academic posts in Oxford, Wales, and Trinity College, Dublin. He is currently a Research Professor in English at the University of Ulster. He has published twenty books, including Lucky Him: The Life of Kingsley Amis (2001), First Boredom, Then Fear: The Life of Philip Larkin (2005) and The Life of A Long Distance Writer: The Authorised Biography of Alan Sillitoe.
Loading...
or
Not Currently Available for Direct Purchase