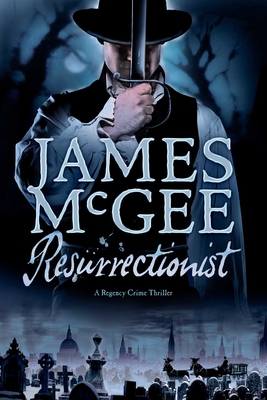 Hawkwood is back in the second adventure in the rollicking historical series featuring the enigmatic Bow Street Runner.

Death can be a lucrative business. But it’s the corpses the body-snatchers leave behind, horribly mutilated and nailed to a tree, which sets Bow Street Runner Matthew Hawkwood on their trail.

A new term at London’s anatomy schools stokes demand for fresh corpses, and the city’s "resurrection men" vie for control of the market. Their rivalry takes an ugly turn when a grave robber is brutally murdered and his body displayed as a warning to other gangs. To hunt down those responsible, Hawkwood must venture into London’s murkiest corners, where even more gruesome discoveries await him.

Nowhere, however, is as grim as Bedlam, notorious asylum for the insane and scene of another bizarre killing. Sent to investigate, Hawkwood finds himself pitted against his most formidable adversary yet, an obsessive genius hell-bent on advancing the cause of science at all costs.

A darkly attractive hero, terrific period atmosphere, and action that moves so fast.