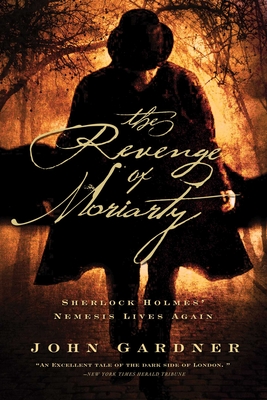 The Revenge of Moriarty

Now back in print after forty years: The second novel in John Gardner’s bestselling series of Victorian crime thrillers pitting Sherlock Holmes against the Napoleon of crime, Professor James Moriarty.

With riches accumulated from an American crime spree, Professor Moriarty proceeds to annihilate his enemies. He murders the leaders of Europe’s underworld one by one, then prepares his most hideous revenge for his arch-enemy, Sherlock Holmes. Will he succeed in this most terrible plan?

"An excellent tale of the dark side of London during the time of Sherlock Holmes."
— New York Herald Tribune

"Brilliant. Gardner may prove to be the author who finally equals Conan Doyle."
— Omaha Metro