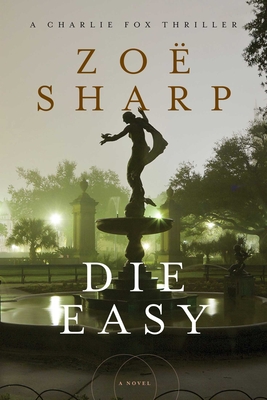 Professionally, she’s at the top of her game, but her personal life is in ruins. Her lover, bodyguard Sean Meyer, has woken from a gunshot-induced coma with his memory in tatters. It seems that piercing back together the relationship they shared is proving harder for him than relearning the intricacies of the bodyguard business. Working with Sean again was never going to be easy for Charlie, but a celebrity fundraising event in aid of still-ravaged areas of New Orleans should have been the ideal opportunity for them both to take things nice and slow. Until, that is, they find themselves thrust into the middle of a war zone.

When an ambitious robbery explodes into a deadly hostage situation, the motive may be far more complex than simple greed. Somebody has a major score to settle, and Sean is part of the reason. Only trouble is, he doesn’t remember why. And when Charlie finds herself facing a nightmare from her own past, she realizes she can’t rely on Sean to watch her back. This time, she’s got to fight it out on her own.One thing is for certain, though—no matter how overwhelming the odds stacked against her, or however hopeless the situation may appear—Charlie is never going to die easy.

Zoë Sharp's novels have been nominated for numerous awards including the Edgar, Anthony, Barry (twice), Benjamin Franklin, and Macavity Awards in the United States, as well as twice for a CWA Dagger Award in England, where she lives.

Fox
is one of the most vivid and engaging heroines ever to swagger onto the
pages of a book. Where Charlie goes, thrills follow, and Zoë Sharp
keeps them coming hard and fast.
— Tess Gerritsen, best-selling author of The Keepsake