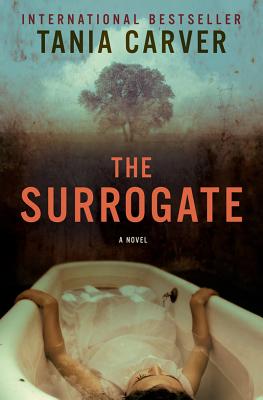 A shocking double-murder scene greets Detective Inspector Philip Brennan when he is called to a flat in Colchester. Two women are viciously cut open and lying spread-eagled, one tied to the bed, one on the floor. The woman on the bed has had her stomach cut into and her unborn child is missing. But this is the third time Phil and his team have seen such an atrocity. Two other pregnant women have been killed in this way and their babies taken from them. No one can imagine what sort of person would want to commit such horrible crimes.

When psychologist Marina Esposito is brought in, Phil has to put aside his feelings about their shared past and get on with the job. But can they find the killer before another woman is targeted?


Praise For The Surrogate: A Novel…

An
impressive debut, an intense police procedural. Carver never crosses
the line into gratuitous violence, while myriad clues and surprising
twists keep the reader off-kilter. Fans of Mo Hayder, Chelsea Cain, and
Karin Slaughter will find much to like.

A cracking read that promises to keep you up all night.

With a plot that snares from the start, Carver’s debut novel sets the crime thriller bar high.

A detective is shocked by the
murder of a pregnant woman whose unborn child was cut out of the womb
before she died. A fantastic debut.

Tania Carver lives in the south of England with her husband and two children. She is the author of The Surrogate, The Creeper, and Cage of Bones, all available from Pegasus Books.
Loading...
or support indie stores by buying on