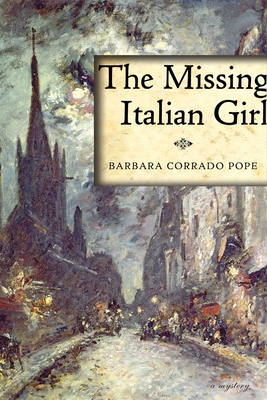 A Mystery in Paris

In the third crime novel in the critically acclaimed Bernard Martin mystery series, young immigrant girls are disappearing into the depths of turn-of-the-century Paris.

On a sultry night in June 1897, Pyotr Ivanovich Balenov, a young Russian, and two young women transport a dead man through the narrow streets of a working class neighborhood in northeastern Paris. They throw the body into the canal and the girls flee to the Latin Quarter to hide with one of the Russian’s anarchist “comrades.” They do not realize they, too, are being watched.

Their subsequent disappearance and the violent acts that follow will set Clarie Martin, a teacher and mother of a toddler, and her husband, magistrate Bernard Martin (last seen in Cezanne's Quarry and The Blood of Lorraine) on a dangerous quest to rescue them from a vicious killer.

Praise For The Missing Italian Girl: A Mystery in Paris…

"Deeply atmospheric. Pope moves through the dark side of fin-de-siecle Paris. The musings of Clarie about the wrenching inequity between the pampered women she teaches and those she and Bernard search for in back alleys gives us a window in to this glamorous yet perilous time. Engrossing."
— Booklist

"Pope’s engaging third mystery featuring magistrate Bernard Martin (after 2011’s The Blood of Lorraine) shines a light on both the glamor and the grime of late-19th-century Paris. Two Italian sisters who have grown up in a Paris slum, 17-year-old Maura and 18-year-old Angela Laurenzano, enlist the aid of accused Russian anarchist, Pyotr Ivanovich, in disposing of the body of Angela’s abusive seducer in a canal. After Pyotr disappears, they fear that the police will charge them with murder. When the sisters themselves go missing, Francesca—Maura and Angela’s charwoman mother—turns to Clarie, Bernard’s wife, for assistance. Clarie, who is used to her genteel life as a teacher, must confront a bewildering world of revolutionaries and radicals, of the desperate and the devious. Clarie’s struggle to balance her role as a bourgeois wife and mother against her investigative instincts will entice readers."
— Publishers Weekly

"A highly accomplished, compelling novel. Beneath an exquisite veneer of historical detail lurks a thoughtful exploration of religion."
— Boston Globe [past praise for Barbara Corrado Pope]

"A fascinating look at the rise of anti-Semitism in France after the arrest of Alfred Dreyfus for treason in 1894. Pope with great skill makes the atmosphere of the times both palpable and tragically prophetic."
— Publishers Weekly (starred) [past praise for Barbara Corrado Pope]

"Fascinating. With a bleak view of humanity similar to Emile Zola’s, this story of tortured love and repressed violence resembles Iain Pears at his darkest."
— Booklist (starred) [past praise for Barbara Corrado Pope]

Barbara Corrado Pope is a historian and the founding director of Women’s and Gender Studies at the University of Oregon. She is the author of the novels Cézanne’s Quarry and The Blood of Lorraine.  Barbara lives in Eugene, Oregon, with her husband.
Loading...
or
Not Currently Available for Direct Purchase