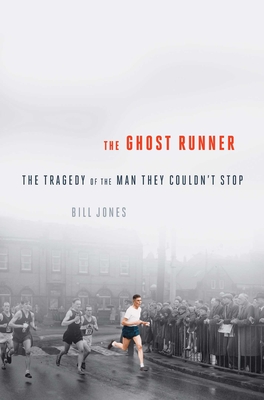 The Epic Journey of the Man They Couldn't Stop

A cross between Once a Runner and Chariots of Fire, the heartbreaking story of the man known as “The Ghost Runner."

The mystery man threw off his disguise and started to run. Furious stewards gave chase. The crowd roared.

A legend was born. Soon the world would know him as "the ghost runner," John Tarrant, the extraordinary man whom nobody could stop. As a hapless teenage boxer in the 1950s, he'd been paid £17 expenses. When he wanted to run, he was banned for life. His amateur status had been compromised. Forever. Now he was fighting back, gate-crashing races all over Britain. No number on his shirt. No friends in high places. Soon he would be a record-breaker, one of the greatest long-distance runners the world had ever seen.

Praise For The Ghost Runner: The Epic Journey of the Man They Couldn't Stop…

"Why I picked it up: I love the idea of anyone so driven to do what he loves that he ignores officials’ efforts to keep him away.

Why I finished it: Even his training partners, men who spent countless hours with him, considered him difficult to like, stubborn and selfish, yet, each man admired his determination and drive. Tarrant suffered from debilitating stomach problems which often caused him to vomit or have diarrhea many times a race. (Despite this, he won several!) Once, to get his stomach ready for an ultra-distance race, he prepared his stomach by eating a half pound of cheese and drinking a half cup of lukewarm tea. He then ran forty miles with no other sustenance, winning easily. While training to break the world record for a 100-mile race, he logged over 5,000 training miles in a single year.  A clear motivator for Tarrant was his childhood.  He spent the majority of WWII and a few years afterward in a government home with his little brother. It was an important moment in his development, and the boys’ self-reliance may have been responsible for his ferocious concentration and determination."
— Unshelved

"An astonishing story of staggering grit and determination."
— The Independent

"Jones has unearthed and told quite brilliantly the tragic story of a man condemned not only by authority but also by his own stubbornness."
— Sunday Times (London)

Bill Jones worked for Granada Television for twenty-seven years, where he was an award-winning documentary maker. He was researching a documentary about the centenary of the Manchester running club, Salford Harriers, in 1985 when he first came across the story of John Tarrant (a former Harriers member) and it has haunted him ever since. This is his first book.
Loading...
or
Not Currently Available for Direct Purchase