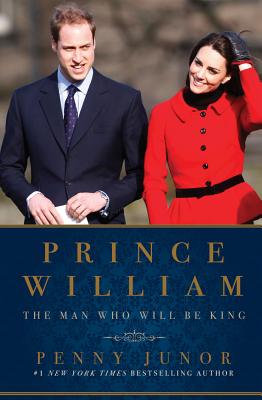 His face is recognized the world over, his story is well-known. But what is Prince William really like? As Diana’s eldest son, he was her confidant. While the tabloids eagerly lapped up the lurid details of his parents’ divorce,William lived painfully though it, suffering the embarrassment,the humiliation, and divided loyalties. And when he was just fifteen, his beautiful, loving mother was suddenly, shockingly snatched from his life forever.His childhood was a recipe for disaster, yet as he approaches his thirtieth birthday, William is as well-balanced a man as you could ever hope to meet. He has an utter determination to do the right thing and to serve his country as his grandmother has so successfully done for the last sixty years.Where did the qualities that have so entranced the world, and his new bride, Catherine, come from? In the last thirty years, Penny Junor has written extensively about his parents and the extended family into which he was born. With the trust built up over that time, she has been able to get closer to the answers than ever before.

Praise For Prince William: The Man Who Will Be King…

Acclaimed Royal writer Penny Junor’s unputdownable new biography of Prince William is packed with intriguing new details, including Diana’s self-harming and the reason that William took so long to get engaged to Kate.
or support indie stores by buying on
Copyright © 2020 American Booksellers Association