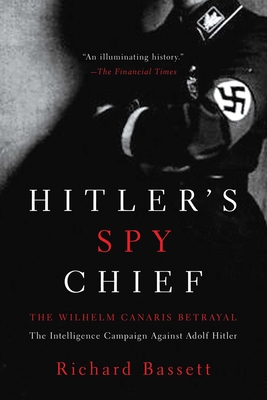 Arrested in the wake of the July 1944 plot to assassinate Hitler, Canaris was executed by the Nazis in the last week of the war, although the extent of his involvement in the bombing of Hitler’s headquarters has remained obscure. It has also been claimed that he coordinated several previous attempts to remove Hitler, and even tried to broker a compromise peace with the British.In a remarkable true story of espionage and intrigue, Richard Bassett reveals how the Admiral’s secret work changed the course of the Second World War.

Richard Bassett has worked in the City for the last fifteen years advising several of Europe’s largest companies. Previously he worked in Central Europe for many years, first as a professional horn player and then as a staff correspondent of the London Times in Vienna, Rome, and Warsaw, where his dispatches covered the end of the Cold War and gave early warning of the impending disintegration of Yugoslavia. He divides his time between London and the Continent.

Canaris himself emerges from these pages as a remarkable man with an iron will, great courage, and a subtle intelligence, who thought that the dirty work of spying became less sordid if conducted by gentlemen.