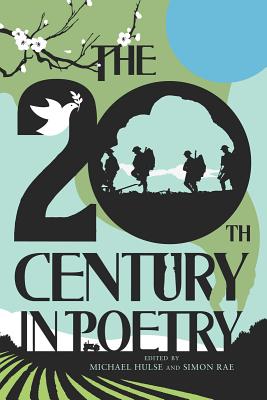 The 20th Century in Poetry (Paperback)

The history of the 20th century as seen through the eyes of our greatest poets, from Thomas Hardy and W.B. Yeats to Seamus Heaney and W.S. Merwin.

Michael Hulse teaches poetry at Warwick University and regularly does reading tours in England, America, Canada, Australia, New Zealand, and India. He is based in Warwick, England.

Simon Rae is a playwright, novelist, and broadcaster. He lives in Oxfordshire. Both Michael Hulse and Simon Rae are published poets and winners of the National Poetry Competition in England.

Praise For The 20th Century in Poetry…

Poets Hulse and Rae take a fresh and encompassing approach to the symbiosis between history and poetry in this prodigious harvest of more than four hundred twentieth-century poems. An entire universe of poetry lives here.
or
Not Currently Available for Direct Purchase
Copyright © 2020 American Booksellers Association